Uluwatu Temple is located in Pecatu village, perched at the south western tip of Bukit Peninsula, where sheer cliffs drop precipitously into the clear blue sea, the temple hangs right over the edge. Uluwatu temple is built perched over the sea, this temple is one bali’s most famous sight. Uluwatu is one of Bali’s six major Sad Khayangan ( teritorial temple ), it was established in the 11th century by the Holy Priest Empu Kuturan and the Uluwatu has added by Danghyang Nirartha or famous with ” Pedanda Sakti Wawu rauh “.

Danghyang Nirartha retreated to Uluwatu for his final days, when he attained Moksa, freedom from earthly desires. Enter the temple it through unusual arched gateway flanked by statue od Ganesh. Inside, dual elephant head Ganesh figure and a Kala (evil) Head guard the second entrance archway. an open pavilion sits in the last inner courtyard, and the three tiered temple stand watch over the every edge of the cliff.
The real attraction is the location for good angle, especially at sunset, walk around the cliff top to the left or south of the temple, watch out for the local monkeys, considered sacred leap along the grey temple walls and between the trees. The late afternoon here are balmy and breezy. the sunset against a backdrop of silver waves, the dark silhouette of the temple in front of the scene. This time to take the camera and capture the unforgetable uluwatu sunset.

Jatiluwih rice terrace or Jatiluwih Green Land is one of UNESCO world heritage site and also one of recommended places to visit in Bali. Jatiluwih is one of famous tourist destination in west part of Bali that featured by fresh atmosphere of green rice paddy unfolding from the foot of mountain until as far as…

Mount Batur is an active volcano in Kintamani District, Bangli Regency, Bali. The first documented eruption was in 1804 and the most recent one was in 2000. Mount Batur area is famous as a natural tourist attraction that has beautiful views of the crater, caldera and lake. As a natural tourist spot that must be… 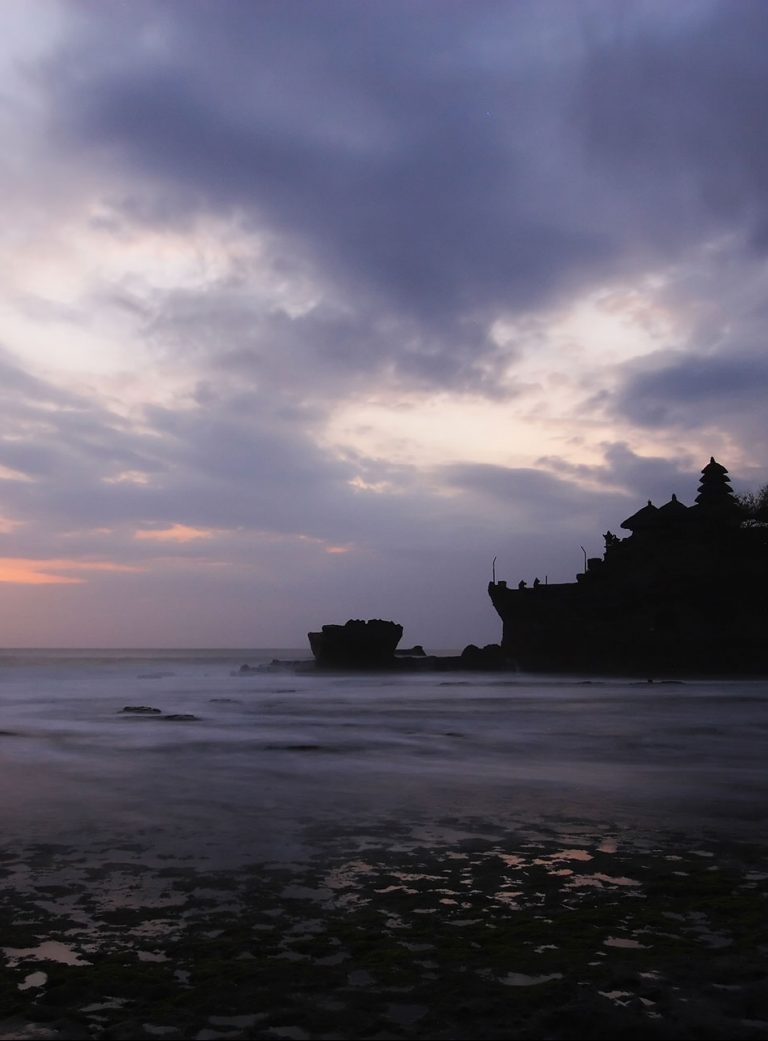 The beautiful afternoon atmosphere of rocky shores with scarlet sunset at the southwest of Bali Island, there are one of the island’s six most sacred temple. Tanah Lot Temple, this seaside temple was build a long time ago in Majapahit epoch, by Danghyang Nirartha. Tanah Lot Temple also possibly the best known and most photographed…

Tirta Empul temple is located at Manukaya village, Tampaksiring. it is around 30 minutes from Ubud center. Tirta Empul temple is known as holy spring temple built around 960 A.D at the time Warmadewa Dynasty. The story from an old manuscript, there is a evil king called Mayadenawa that doesn’t believe in God and objected… 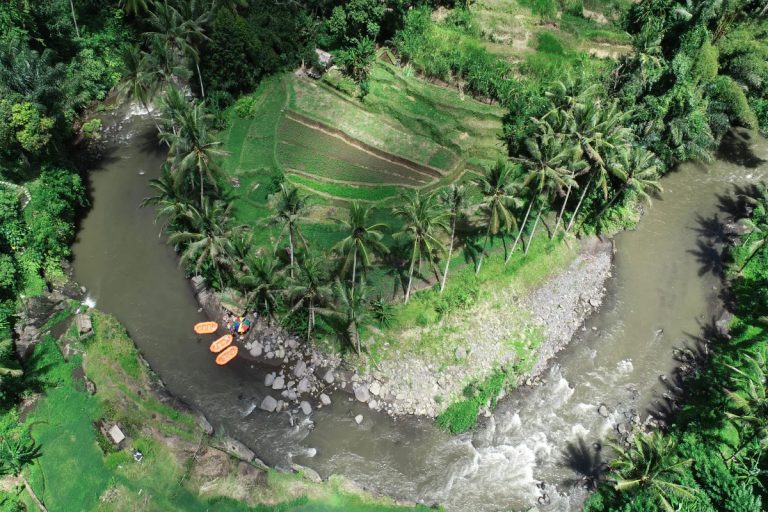 The Ayung River located at western edge of Ubud and eastern side of Badung regency, Ayung river is the widest and longest river in Bali, stretching 75 kilometres from the northern mountains Bali to Sanur area southern Bali. Ayung River as a center of Bali rafting tour considered as the best white water rafting in… Petul village is the best tranquility of Bali. About a 15-minute drive north of the popular downtown Ubud, it’s the perfect place to experience the village life that the locals have been doing for centuries. The landscape has countless green leaves, and as far as you can see, there are many rice fields and forests….